One more week until the 2020 AFMA Virtual Fall Conference! Sign up today! https://www.arkansasfloods.org/conferences-workshops/fall-conference/2020-fall-conference/

Avoid driving across flooded roadways. You never how fast water may be moving or if the roadway is washed out. #floodsafety #flashflooding #arwx #tadd 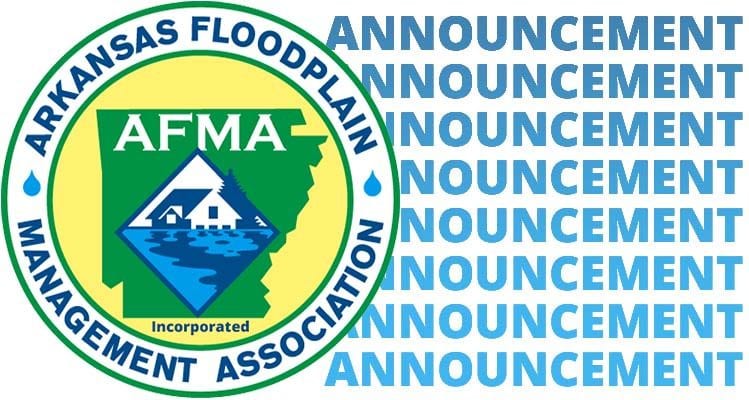 At 10 a.m. (EDT) June 30, ASFPM Chair Ceil Strauss will be testifying on the NFIP at a hearing before the Senate Committee on Small Business and entrepreneurship.

The hearing, titled “No More Hikes: Small Business Survival Amidst Unaffordable Flood Insurance Rate Increases,” gives ASFPM the opportunity to comment on the private flood insurance bill pending before the Senate (S 1679), as well as discuss ASFPM’s 2017 NFIP reauthorization priorities that were unveiled last week at the ASFPM annual conference in Grand Rapids, Michigan. It is our understanding that the hearing will be streamed live by going to the committee’s webpage, which can also be found here. ASFPM’s testimony can be found on the “testimony” section of www.floods.org at 10:30 a.m. (EDT).

Unfortunately, there are several other consequences of the bill that have the potential to affect flood mapping, floodplain management and flood mitigation elements of the NFIP as well as overall community participation in the program. We had previously written about these impacts in The Insider.